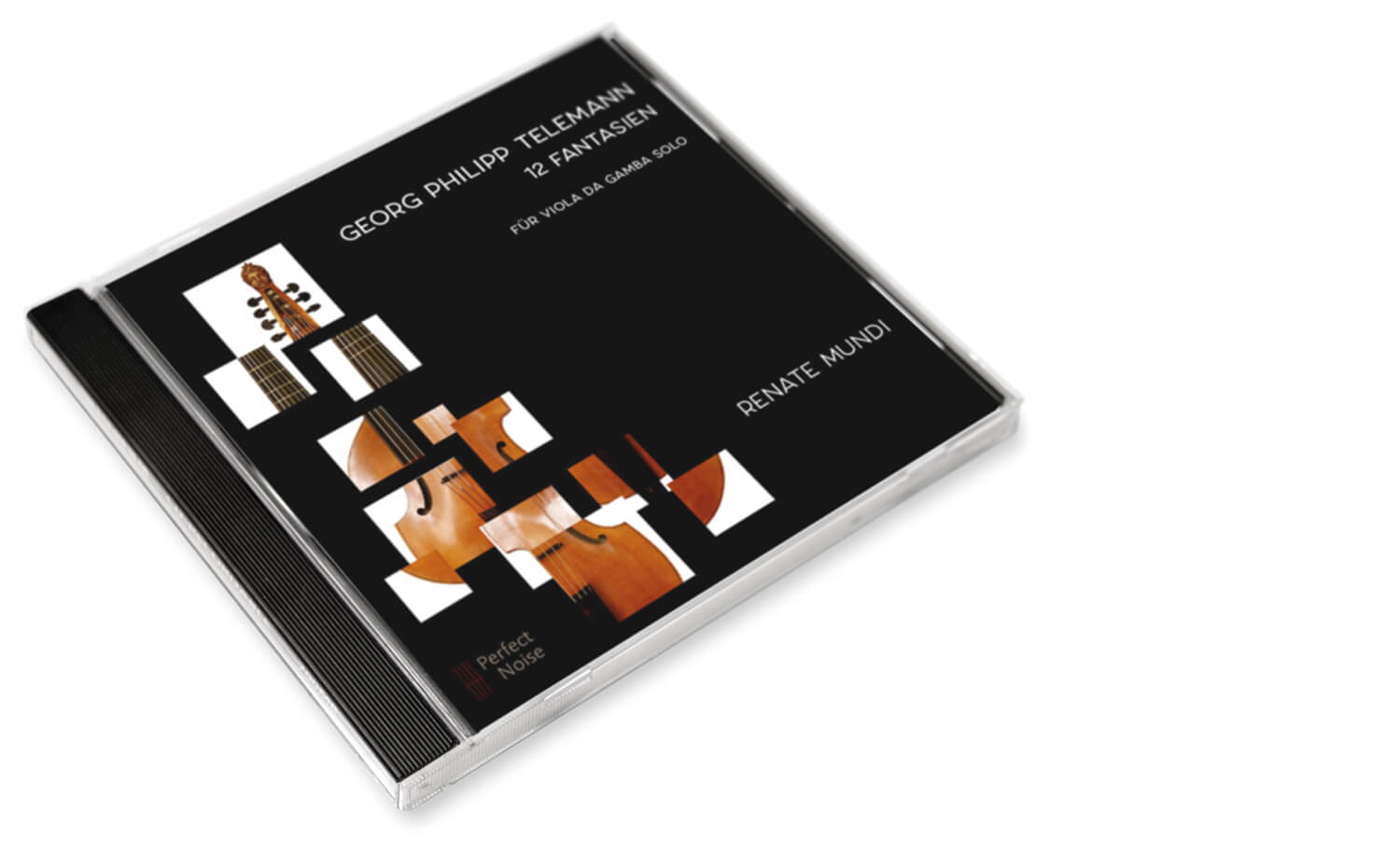 My debut CD has been released! Here you here you can find a shortened look into the booklet:

What would rank as of the greatest possible adventures for a gambist? To approach Telemann’s 12 Fantasies which, having long lain dormant, were recently rediscovered. This is music which paints pictures, is sometimes melancholy and longing, sometimes wild, and often humourous – an inexhaustible wellspring of ideas, moods, sounds and colours.

Telemann self-published his 12 Fantasies for Viola da Gamba in 1735, dedicating them to the Hamburg merchant banker Pierre Chaunel (1703-1789). It has been long known that the 12 Fantasies existed: they appear in a publishing catalogue, but were presumed lost. The discovery in 2015 of an original copy of the pieces in the so-called ‘Ledenburg Collection’ was cause for some sensation.

Born in Magdeburg on 24.03.1681, George Philip Telemann was one of the most famous composers of his era, a favourable reputation which lasted until his death on 26.06.1767 in Hamburg. Having held positions in Leipzig, Sorau and Eisenach, in 1712 he became Music Director in Frankfurt. In 1721 he took up the same role in Hamburg, whose musical life he shaped for the rest of his life. He mastered numerous instruments, wrote both poetry and three autobiographies, and bred flowers. After his death, however, the public perception of his work changed quickly. The judgement? Quantity at the expense of quality; his prolific output was deemed to lack depth. Although opinion has since changed clearly in its favour, Telemann’s music struggles for its reputation even today.

Considered together with the compilations of 12 Fantasies composed respectively for Violin (1735), Traverse Flute (1732/33), and the 3 anthologies of 12 Fantasies for Harpsichord (1732/33), the 12 Fantasies for Viola da Gamba (1735) constitute a unique collection. The Fantasies for Gamba is a series which falls between eras; the Gamba – no longer considered ‘modern’ – once again steps forward, again challenges (and at some points perhaps over-reaches) its properties and capabilities, but certainly searches for its limits. In doing so it reflects the past, but looks also into the future: a stroke of luck for us gambists.

„…Gambist Renate Mundi does a splendid job of outlining the various moods and technical facets of Telemann’s works. Her tone is full, rich, and her ability technically is clear from the very beginning.“ „A fine, sensitive rendition of newly-discovered Telemann fantasies. Gambist Mundi gives life and depth to this splendid set of fantasies.“ B.v. Boer, fanfare magazine, 2021

“She certainly fulfils the high aims she sets for her interpretation: listening to her perform these pieces is a thoroughly invigorating experience of baroque chamber music, and the recording technology of the Perfect Noise label provides a sonically perfect reflection of her interpretation.”Rezension “klassik heute”
http://www.klassik-heute.com/4daction/www_medien_einzeln?id=23553&CDS30Tage

“…the sound is warm as is the playing. Mundi’s (interpretation) has a beautiful tone, particularly on the top end of the instrument. She strikes a nice balance between over-interpreting the works and allowing the improvisatory, fantasy feeling to flow. This is a recording worth adding to the library.”Jenny Eriksson, Australia (The Marais Projekt)